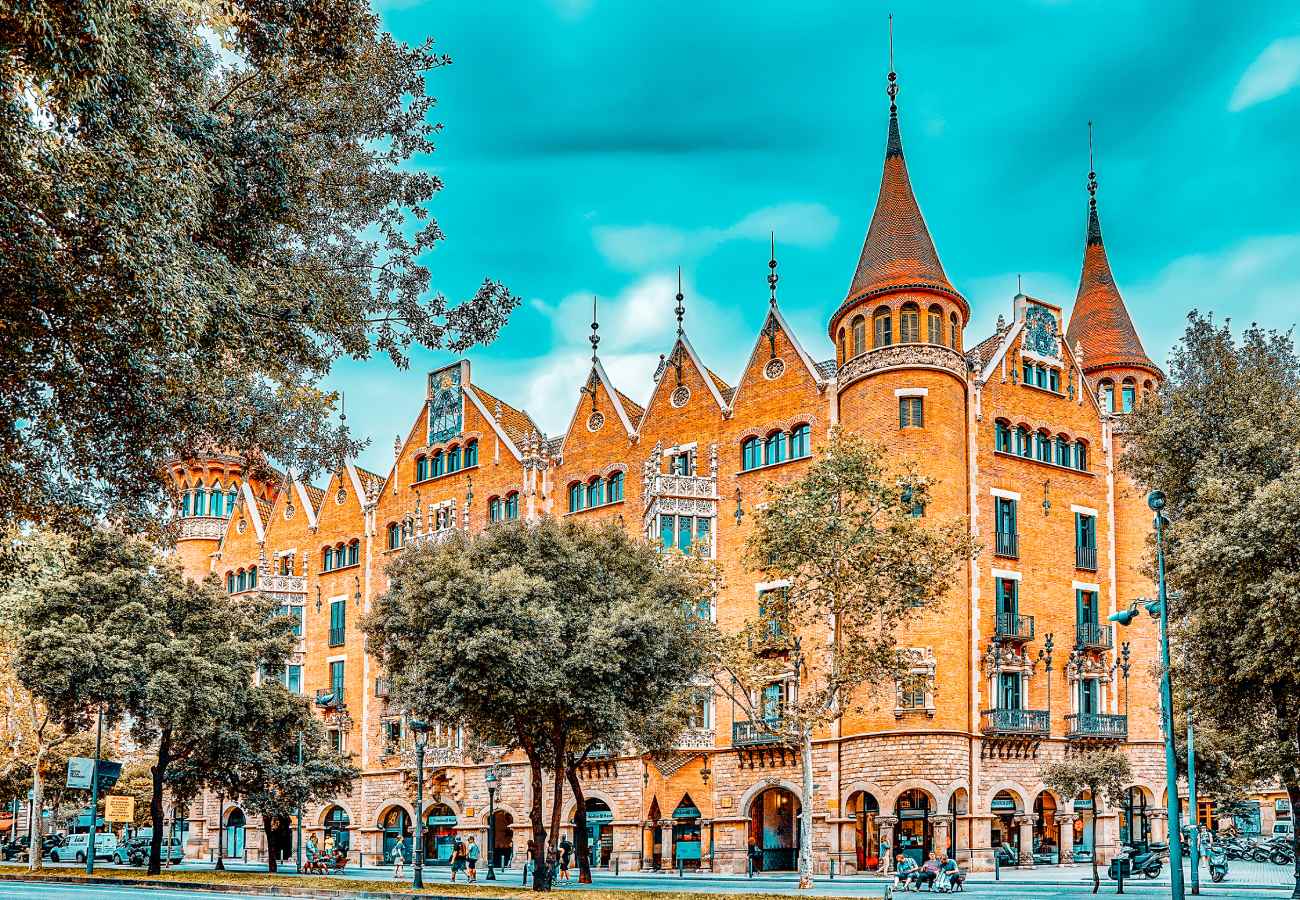 Cloudworks opens its 13th coworking centre and serviced office in Barcelona, offering a totally unique and innovative space. Our new location in the iconic Casa Les Punxes has 1500 m2 of space right on Avenida Diagonal.

Create synergies with other coworkers over three floors. At Casa Les Punxes we offer you the first space where leisure and work come together to blur the line between office and home. Cloudworks has designed a cultural space that also provides an event agenda to create a comprehensive experience.
Come and see how we have renovated this emblematic building and discover all the details that make this project so unique – a place where you will be able to brainstorm, connect with the entrepreneurial ecosystem or enrich yourself professionally and personally. Generate ideas and disconnect at the same time.

This emblematic building in central Barcelona is one of the most famous examples of the city’s modernist architecture. The Terrades sisters were the owners of three buildings located on Avinguda Diagonal, Carrer de Roselló and Carrer de Bruc that were renovated by the architect Josep Puig i Cadafalch.  Their unification resulted in Casa Les Punxes (The Pointed House).
Thus was born, in 1905, an imposing construction that occupies a triangular block of houses and stands out like a medieval castle. Its six towers and a pointed roof justify its famous name.

Puig i Cadafalch, between architecture and art

Josep Puig i Cadafalch (1897) was born in Mataró and was a multifaceted character beyond architecture. He was also skilled in politics (councillor of the City Council, deputy of Les Corts and President of the Commonwealth) and an art historian, becoming one of the leading researchers on medieval construction in Catalonia. In many of his buildings, architectural features can be appreciated along with simpler forms of Catalan romanticism.

Although he is labelled a Modernist, Josep Puig i Cadafalch was born later than the rest of the artists of this movement, such as Gaudí, Lluís Doménech i Muntaner and Enric Sagnier, so he is not fully considered a modernist.
When building Casa Les Punxes, the Catalan architect was inspired by Neuschwanstein Castle, belonging to the federal state of Bavaria (Germany).  Both on its façade and in the interior, Puig i Cadafalch added distinctive features inspired by each of the Terrades sisters, such as clovers, angels and other references to the women.

This new location, situated in one of the prime areas of the Catalan capital, is at your disposal, offering a unique experience. At Cloudworks’ Casa Les Punxes you will see modernist architecture in every corner.

Cloudworks has worked to turn this iconic building in Barcelona into a landmark in the community without losing its essence. You will find a space where all the original architectural details and custom-designed furniture are in keeping with the soul of the building.
Located at street level, Lobby is the first of the three floors. It hosts a cafeteria where you can enjoy the service and relax. This floor can be enjoyed whether you are working there or just passing through.